Press release: Genesis wins case on accounting for use of medical savings funds 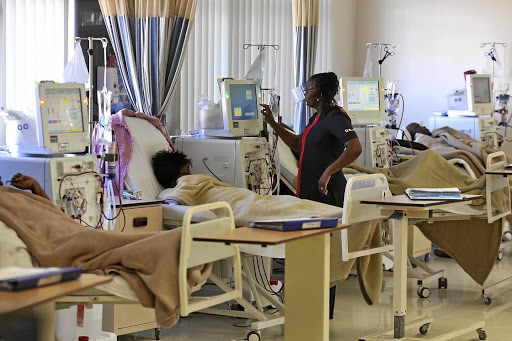 Genesis medical scheme has won its legal battle with the Council of Medical Schemes over how to account for the funds in members’ medical savings accounts.

Genesis medical scheme has won its legal battle with the Council of Medical Schemes over how to account for the funds in members’ medical savings accounts (MSAs), a development that has potentially far-reaching implications for both the industry and consumers.

On Tuesday, the Constitutional Court ruled that all funds paid by members to their schemes should be considered as assets, regardless of their intended use.

This technical accounting point will make a material difference in the way schemes calculate their solvency ratios that measure gross income against reserves.

This is important because better solvency ratios mean less pressure on schemes to increase premiums.

The judgment overturned a high court ruling that the council has used for the past decade as the basis for instructing the industry to regard the money in an MSA as being held in trust and protected from creditors if a scheme was liquidated. The council had also directed schemes to pay interest earned on MSA funds to members.

The judgment means that medical schemes can now retain the interest, and if a scheme is liquidated, the funds in a member’s MSA are not protected from creditors.

Council spokeswoman Elsabe Conradie said the most important aspect of the judgment was that the members’ MSA could no longer be ring-fenced from being accessed by creditors. The last scheme to be liquidated was Renaissance, about seven years ago, she said.

Board of Healthcare Funders head of benefit and risk Rajesh Patel said it was unlikely that schemes would stop paying MSA interest to their members as it would cause immense reputational damage.

The council’s position was based on its interpretation of a 2007 high court ruling on medical scheme Omnihealth, which was liquidated in 2005. The high court held that MSA funds constituted trust property and therefore did not fall into Omnihealth’s insolvent estate.

The council’s registrar used this ruling as the basis for rejecting Genesis’s financial statements in 2013. Genesis launched an application to review the registrar’s decision, arguing the Omnihealth judgment was an error of law that had materially influenced the registrar’s decision. Its contention was upheld by the Western Cape High Court, but subsequently overturned by the Supreme Court of Appeal. It then took the matter to the Constitutional Court.

PrevPreviousBed partner’s advice may make insomnia worse
NextAfraid of needles? Here’s why you should donate bloodNext

What Every Woman Should Know About Her Thyroid Gland

Your thyroid gland plays a role in nearly every bodily process. Learn how it works—plus the signs that something may be amiss. Your heart and

Studies suggest blue light from cellphones and computer screens can cause eyestrain, but it’s less clear how tech time may be affecting your complexion. In

We are also cleaning our database and if you are already listed for our free listings, we as you to please re-verify your account to continue making use of the service and to receive the monthly newsletter.
List now

What Every Woman Should Know About Her Thyroid Gland

What are the early signs of lung cancer?